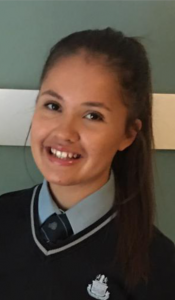 From reception to year 6, every single teacher I had at Alford Primary helped shape me into the person I have become today. They were years I will never forget and I would relive the memories in a heart beat: for example, playing Helena in the whole school production of Midsummer’s Night dream, leading the school as an eco monitor, building Tudor houses from wood, and last but not least the school trips. Alford Primary’s dedication to ensuring each children strives for their maximum potential is the reason I am able to go onto to study medicine next year at the University of Leeds. I remember saying I would be a doctor from such an early age, and instead of appeasing me, my teachers only worked with me to ensure I did not give up on my aspirations. Without my teachers, I would never have pushed myself to be the best student I could be, and without the tight-knit community I would not be the sociable and caring person I am today. These are only two of so many attributes I owe to Alford Primary and encourage anyone who has the opportunity to capitalise upon it- I promise you won’t regret it.
Thank you Alford Primary school.

"I remember saying I would be a doctor from such an early age, and instead of appeasing me, my teachers only worked with me to ensure I did not give up on my aspirations.".

We have been fortunate during April and May 21 to have one of our former pupils return to Alford Primary as a trainee teacher. Victoria is training at the prestigious Bishop Grosseteste University, in Lincoln, in order to gain a Primary Education degree and fulfil her ambition to become a teacher.

"Some of the staff have changed, the friendly community and positive ethos of Alford Primary is the same as I remember from my time here".

Indeed, Victoria, said that one of the inspirational Alford Primary Teachers was the reason she started thinking about teaching as a career!  Victoria has very much enjoyed her time back at Alford Primary and we wish her every success in her teaching career – you never know we may see Victoria back again leading the class!

Our very own IT technician was once a pupil at Alford Primary School. Peter went on from Alford Primary School to study at John Spendluffe Technology College. Following this he attended Boston College, where he gained a BTEC Level 3 qualification in Computer and Software Development before re-joining Alford Primary as an IT Apprentice. Now a fully-fledged IT Technician, Peter is a valued member of the Team working throughout the school in a varied role supporting pupils, teachers, parents and office staff with IT.

Since turning professional in September 2016, Ashton has achieved many first place wins and top ten placings. He has competed on the 1836 Tour, the 2020 Pro Tour, the EuroPro Tour, the Challenge Tour and the European Tour.

He has also represented his Club, County, Country, GB and Europe in competitions. Noteably representing GB in the Australian Youth Olympics, gaining a silver medal.

Ashton also holds the priveldge of Ambassador for the Lincolnshire Cerebral Palsy Society.